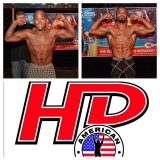 ATTHD fighters showed out at Phoenix FC 1: The Rising on November 1, 2014. Photos  courtesy of the amazing Jerry Chavez, the best in the biz.

It was great to see so many members as well as new faces come out the the first annual ATTHD Haunted Gym and Halloween Party! Can't wait for next year.

ATTHD was represented well by fighters at Phoenix BKB 1 and the Revgear World Open in September 2014.

A great group from ATTHD competed at the Submission Challenge on Saturday, August 30, 2014. Check out photos from the event.

Thanks to everyone who came out for our Grand Opening Brazilian jiu jitsu gi and no-gi seminars with black belt Master Ricardo Liborio!

Please check out our Facebook Page for even more photos!

The Royce Gracie Jiu Jitsu Seminar was a big success! Thanks to the man himself for stopping by, and everyone who attended for your enthusiastic participation.

What our Members Say:

I love how close knit and competitive it is here. It's competitive in a way that makes everyone want to reach their goals. I came here 3 years ago and I've lost between 50-70 pounds in no time at all. … END_OF_DOCUMENT_TOKEN_TO_BE_REPLACED

Such an amazing experience to have my son wrestle for ATTHD. He has learned so much and gotten so much better in such a short time. Thanks so much LC, Dusty, Jason, & Sharkey you guys are … END_OF_DOCUMENT_TOKEN_TO_BE_REPLACED

Family atmosphere with world class coaches and training partners - an amazing team with something to offer anyone wanting to improve themselves! - Steven Graham … END_OF_DOCUMENT_TOKEN_TO_BE_REPLACED

Stop in and check us out!